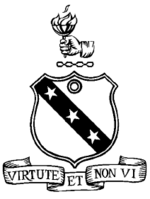 A sex scandal among its freshmen has officials of the elite Landon School scrambling to reassure the public that the academy is still a good neighbor — and a good school. Freshmen at the school were caught playing a “fantasy draft” with young girls last year, scoring them based on their looks and offering points to players for bedding them. Among the team names were “Southside Slampigs.” T-shirts were reportedly printed and a sex party organized. The school moved quickly to discipline the high school students and keep the “league” quiet, but the game was exposed by the New York Times’ Maureen Dowd in her Wednesday column.

On Thursday, amid mounting publicity, headmaster David Armstrong sent an e-mail to Landon graduates that the situation was well in hand. “When incidents such as the one Maureen Dowd wrote about earlier this week arise, we deal with them,” he said. “We treat these situations as opportunities to teach.” The Bethesda all-boys school has graduated generations of congressmen and scholars, along with some high-profile athletes. But in recent years, the school has attained notoriety.

There was a cheating scandal in 2002. Ten students admitted to cheating on their SATs, and the school was accused of being lenient with the lacrosse players among them. One of Landon’s alumni, David Evans, was accused of raping an exotic dancer in the Duke lacrosse scandal. Evans was formally cleared and the prosecutor in his case stripped of his law license, but the boorishness of the team — with one teammate sending an e-mail detailing a lurid fantasy of killing exotic dancers and then skinning them, another making an obscene gesture with a broomstick, and yet another teammate cracking a crude racial joke — left bad feelings toward the team. Earlier this year, former Landon lacrosse star George Huguely V was charged with murder in the savage beating death of his former girlfriend, Yeardley Love.

Huguely hearing set A preliminary hearing was set for Oct. 7 in the murder case against former Landon School and University of Virginia lacrosse player George Huguely V. Huguely is charged with murder in the beating death of his former girlfriend and fellow U.Va. lacrosse player Yeardley Love. School officials have downplayed the incidents as isolated.

But Scott Webber, whose son graduated from Landon, said he wasn’t surprised to hear about the sex scandal. “There’s no question that there’s an aura of entitlement that pervades Landon culture — especially among the athletes,”All too often, they give off a feeling that they’re above and beyond most rules.”

Looks like Landon knows how to get their rage on! Honestly though, these kind of actions are what give prep schoolers and lacrosse players especially bad reputations. It’s one thing to have a good time and totally another to rape/kill/sodomize women. Come on Landon, show the world we’re better than that.

P.S. Can someone find me that Slampigs t-shirt?